The 2021 NBA Draft is in the books as the NBA welcomes another wave of talent to the league. This is the 75th anniversary of the NBA as the top three picks of the NBA stayed the same as most mock drafts anticipated.

The Toronto Raptors decided to shake things up as most experts thought that Jalen Suggs would complement Fred VanVleet; however, they took forward Scottie Barnes, who many believe has one of the highest ceilings in this year’s draft.

Jalen Suggs waited one more spot for his name to be called as he is a floor general and is a proven winner as he showcased his skills at Gonzaga. Some trades went down on draft night.

The Los Angeles Lakers made a trade with the Washington Wizards as they landed All-Star Russell Westbrook. The Sacramento Kings almost landed sharpshooter Buddy Hield to the Lakers for Kyle Kuzma and Montrezl Harrell and other pieces.

The Lakers ultimately pivoted and went with the Westbrook trade. Westbrook had the desire to go back home and played college ball at UCLA.

The NBA also recognized the late Terrance Clarke, who tragically passed away due to a car accident in April. Commissioner Adam Silver halted the draft to invite his family up on the stage. Clarke would have received the honor of getting his name called had the tragedy had not taken place. 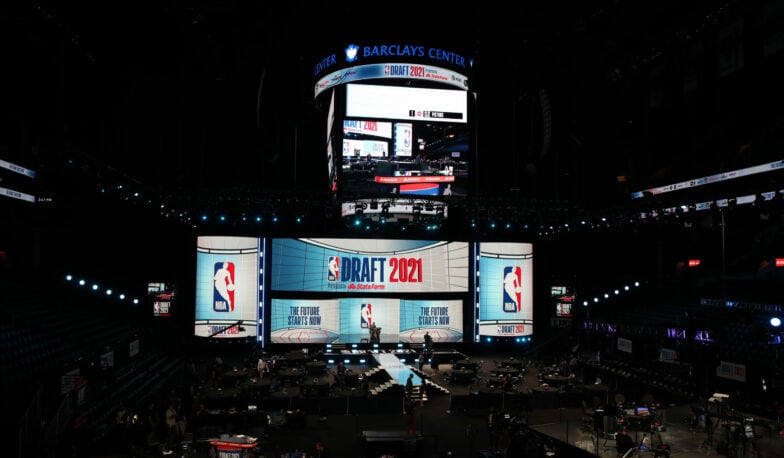 Which NBA Team Has The Brightest Future?

There are many young and talented NBA teams who will compete for a championship in the near future. Which team has the best collection of young talent? Read to find out!
[…]

NBA OPINION: Boston Celtics and their Search for Another Ring

The Boston Celtics have 17 NBA championships, who are tied with the Lakers with most in league history. But since the ’80s, the Celtics only won one title. […]