There are plenty of big names in this year’s NBA Draft like Cade Cunningham, Evan Mobley, and Jalen Green. But with the combine behind us, many players made a name for themselves with their athleticism and playing abilities.

Here are two of the big names that I think are a bit overlooked in this STACKED Draft class but can still provide and play with the best of them.

A bit underweight for a forward, Kessler Edwards still is able to dominate the game. In his final season with Pepperdine, he averaged just over 17 points per game, 6.8 rebounds per game, and 1.2 assists per game.

He is one of the best two-way players in this NBA Draft and does not always get the recognition because he plays for Pepperdine. However, over his entire collegiate career he has shown that he can defend at an elite level. His lateral quickness and length give him the ability to guard all 5 positions on the court, which is huge for success in the NBA.

Many teams now in the NBA are looking for players like Kawhi Leonard who can play exceptional lockdown defense and be able to make a big offensive impact. This won’t be a problem for Edwards. He has utilized the pick and pop play to his advantage in his college career and can shoot the ball very well. He also has a quick jump with the ball to allow him to drive into the paint and finish at the rim.

His free throw shooting is exceptional as well and does not need to be an area of concern for him going into the NBA Draft. He has incredible measurables, as we saw in the Combine just this week, but the scouts are hesitant about his ability to play make for others. He has never averaged more than 2 assists in a game when at Pepperdine, surely he would have to be more of a facilitator if he wants to succeed in the NBA now. 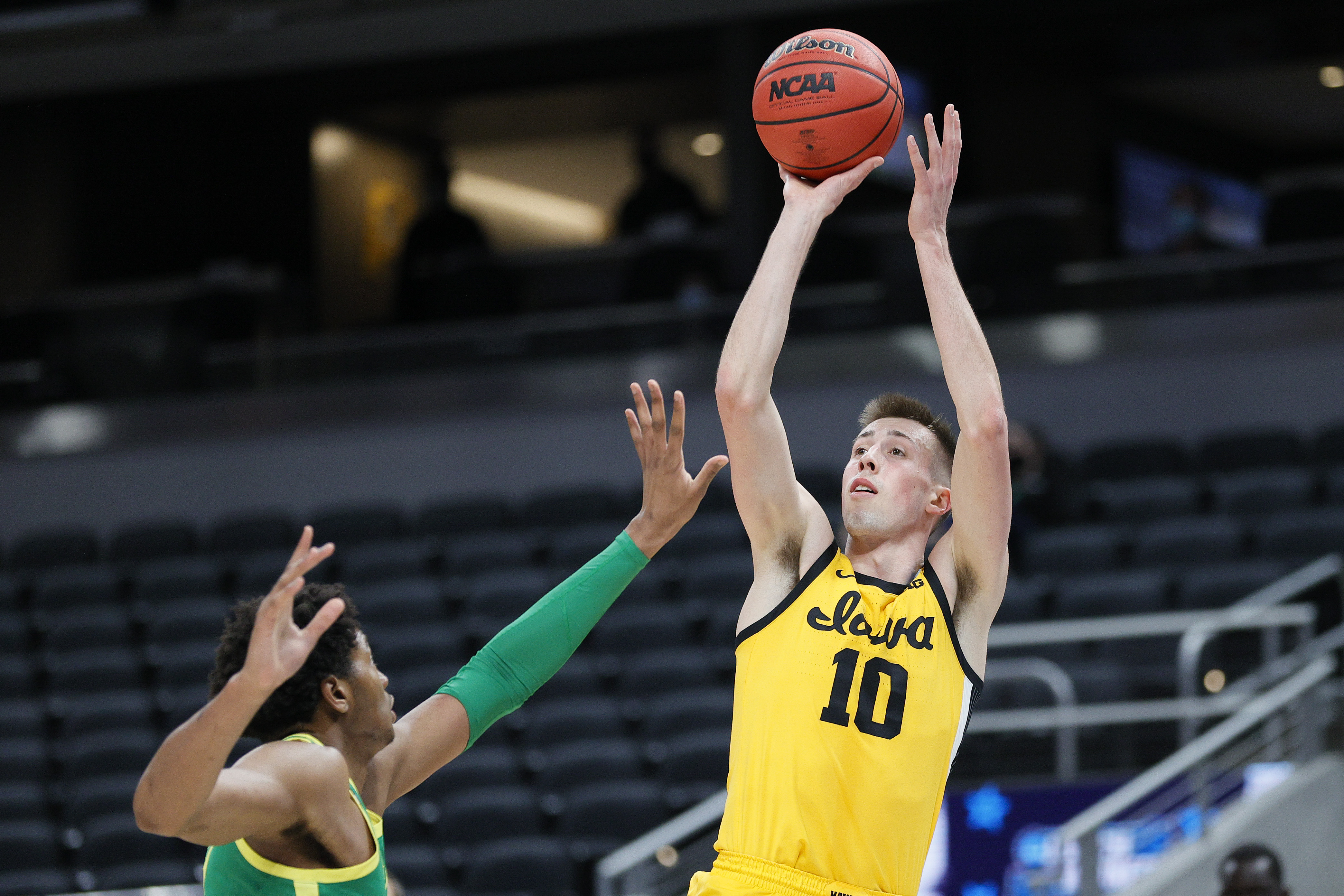 One of the best shooters in college basketball this season was an integral part of Iowa’s success this season alongside Luka Garza. In his junior season, Joe Wieskamp averaged a career-high 14.8 points per game, 6.6 rebounds per game, and 1.7 assists per game.

Wieskamp really broke out onto the scene in 2020 when he was an electric three-point shooter for the Hawkeyes. He looks to continue that success and give sparks to teams in the NBA. He has always been a great shooter, as shown by his 46% field goal percentage and his 41% three-point percentage.

We saw how critical these sharpshooters are to teams with the way the NBA is evolving. Players like Klay Thompson, Duncan Robinson, and Joe Harris have made living being sharpshooters.

He is a decent playmaker and rebounder for his position and size, but he will need to improve on this if he wants to succeed at the next level. He showed that he was a very solid athlete at the NBA Draft Combine and can really move when he wants to.

But with that being said, he does struggle to guard players who are faster than him. This will cause some defensive mismatches and prove him to be a liability on the court at times. He also is a very streaky shooter, where he can go on cold streaks and not be able to snap out of it quickly.

Otherwise, he is still one of the best 3 point shooters in this draft and would be an absolute steal for any team in this draft that is looking for someone to space the floor out and provide meaningful minutes.

Kentavious Caldwell-Pope, Montrezl Harrell, and Kyle Kuzma leave the Los Angeles Lakers for the Washington Wizards, mainly due to the Russell Westbrook trade. […]