The time may have finally come — Kevin Love has been a member of the Cleveland Cavaliers since August of 2014, when the Cavs acquired him from the Minnesota Timberwolves for a pair of former #1 overall picks. He was there to help them bring a title. He’s had some magnificent moments as a member of the team. He’s been here for seven years now, experiencing the highs of being with LeBron James and the lows of being on losing teams.

The team opted to give him a hefty extension after LeBron signed with the Lakers, showing their trust in belief in him. Unfortunately, he played in just 22 of 82 games during that first year after signing it. He could not stay on the court. It was tough to see that he was barely able to be on the court.

He came back by logging minutes in 56 of 64 games in 2019-20, putting up 18 points, 10 rebounds, and three assists per game. The season passed primarily without major incidents. This year, it’s been very different. And the team would be wise to try and deal him this summer. 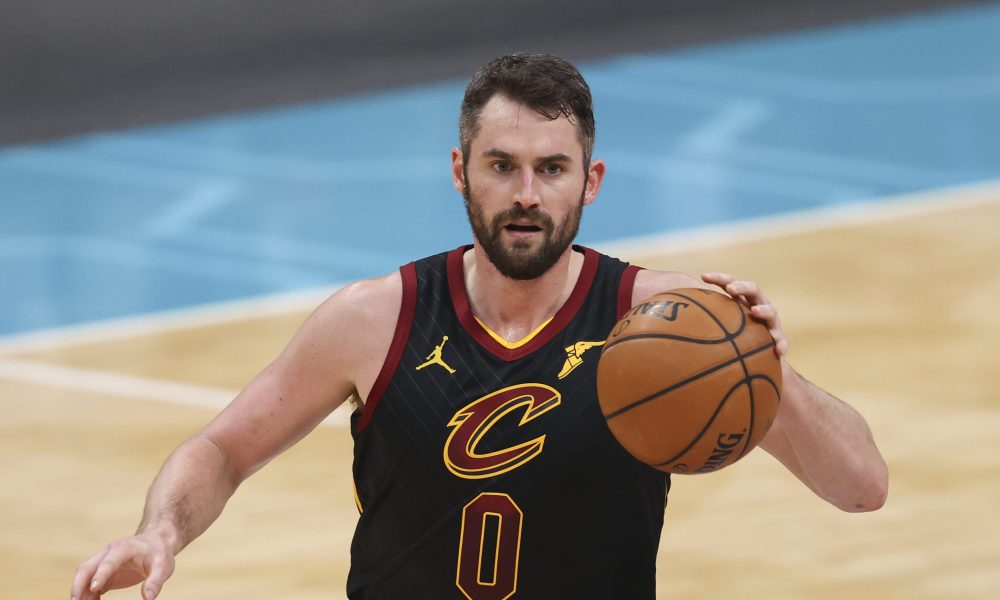 Problem for the Culture

While Kevin Love has been a tremendous advocate of mental health and expressing how you feel, it’s been tough to watch him play. He has done a lot of complaining. Whenever a “Cavs veteran” speaks to reporters and says negative things about the young core, people always tend to assume it comes from Kev himself.

There is no way to confirm that, but there’s also no way to deny it. He has also said he’d welcome a trade to Portland if one was there during an appearance on Chris Haynes podcast. Little things like that are actually a big deal in the scheme of things. It shows that you have had some kind of thought about it. Love could have just shut it down but chose not to, instead speaking on it. Knowing this would be seen by the public.

During an earlier game with the Toronto Raptors, Love gave up on a possession. After the Raptors scored, he opted to just hit the ball to an open Stanley Johnson rather than try and get the ball to one of his players. Keep in mind that the deficit was only six at that point. It was a boneheaded move, and though he (obviously) apologized, it still happened.

As the longest-tenured member of the team, you’re setting a terrible example for the younger players. And Kevin should know better.

He Had a Great Farewell

Saying bye-bye Kevin Love is something that Cavs fans should start doing. Whether or not they have forgiven his last mistake, his time is all but up. One thing about Love is that he had a terrific final performance to lead Cleveland to what was their final win of the season.

They beat a shorthanded Celtics team on Wednesday (May 12), led by Love. After sitting two of the prior three games for rest, Kev put up 30 points, 14 rebounds, three assists, and two steals in 34 minutes. He helped the squad break a 10-game losing streak, giving them their first victory in a three-week span.

Love was firing on all cylinders as he went 6-9 from deep. It was his first 30-point game since February of 2020 and a welcome result. The fact is, he played well in his final game. The team sat him during the final two. As a result, his last game was one that was viewed as a positive by other teams around the league.

Kev has two years left on his deal, so we’ll see if that performance could help as they try and move him.

Clear Minutes for the Other Guys

Plenty of players on the Cavs showed promise this year. Whether it be Dean Wade or Lamar Stevens, a number of guys showed out when given their opportunity. Brodric Thomas looked good when he had chances. Dylan Windler had a few moments in an otherwise disappointing first season on the court.

Love being here means that these guys lose their chances. Averaging 25 minutes per game on the season, he would probably split them evenly with Larry Nance Jr if both were at full strength. Stevens missed the last few weeks with a concussion but played some very good minutes at the PF spot throughout the 2020-21 campaign.

There is also a chance that the Cavs end up with the #1 pick and land the highly-coveted prospect, Cade Cunningham. He figures to slot in as the opening day starting four somewhere in the league, Cleveland being no exception. Finding a way to move Love, so you don’t have to shift him into a bench role would be best for all parties.

Wade showed throughout the year that he could be a sniper. He shot the three-ball very well this season. He’s a much cheaper option than Love, who can shoot and rebound just as well. In a supporting role, he can have a significant impact on winning.

It’s been a fun seven years with Love. But the partnership has clearly run its course. Hopefully, the Cavs can get a team to bite on an offer, and they can get this thing moving.

Feed the Beast: Ranking the Top 3 Big Men in the NBA Today

With the lack of big men in the NBA, the past decade has brought an evolution to basketball, with the new crowd full of quick-trigger three-point snipers. […]

Justice, Love, and Sacrifice: Maya Moore to be Presented with the Arthur Ashe Courage Award for Criminal Justice Reform Advocacy

Maya Moore, one of the best WNBA players of all time, will receive the Arthur Ashe Courage Award at this year’s ESPYS to recognize and commend her works. […]