The bizarre saga continues in Durham, North Carolina, as reports surfaced that Duke freshman and potential lottery pick Jalen Johnson has cleaned out his locker and called it a season. The program announced the news on Monday afternoon.

Johnson was a five-star recruit out of Wisconsin and was the No. 13 overall player and No. 3 small forward in the class of 2020. He was the highest recruit among the members of Duke’s recruiting class.

Battling a foot injury, Johnson missed a handful of games in December and into early January before returning to the lineup on January 12th. Upon his return, he never was able to get back to his early-season form, where he was most productive. In his 13 career games at Duke, Johnson leaves averaging 11.2 points per game and 6.2 rebounds per game on 53% shooting.

In Duke’s most recent 69-53 win over NC State, Mike Krzyzewski opted to play Johnson eight minutes off the bench scoring just three points. The win snapped a three-game losing skid. Before the NC State game, he logged 15 minutes in the 93-89 loss to Notre Dame last Tuesday. It was clear Johnson had been falling out of Krzyzewski’s rotation.

According to Jeff Goodman of Stadium, there were “off-court issues between Jalen Johnson and Duke” that have been ongoing behind the scenes for quite some time.

What Does This Mean For Duke?

There is no denying that the 2020-2021 season has been a change of pace for college basketball and college basketball fans. Kentucky, Duke, and Michigan State have been an absolute mess since the season started. This is something that most are not accustomed to seeing as March nears.

WANT TO READ MORE FROM BASKETBALL ARTICLES? Click the link here to stay updated on the latest college and professional basketball news and coverage!

Duke is (8-8, 6-6) on what has been a very underwhelming season for the Blue Devils. Jalen Johnson opting to end his season doesn’t figure to help things as they will be without arguably their most talented player the rest of the season.

Duke isn’t likely to make the NCAA tournament; ESPN’s Joe Lunardi has them out of the field in his latest bracketology. It would end a run of 24 consecutive seasons that the Blue Devils have gone dancing. They can decide their own fate, starting with closing out the season strong and winning the ACC tournament to earn an automatic bid, but they can’t let this news distract them.

Coach K has more opportunities to play with his lineups and get the guys that are staying more acclimated to the offense. Big man Mark Williams and forward Wendell Moore were two of the players that greatly benefited from Johnson’s loss in minutes as of late. Their growth will continue to be the key as the season comes to an end.

Duke has just six games left on their schedule, starting with a road trip to Wake Forest on Wednesday night.

Duke Fans: It Will Be Alright Going Forward 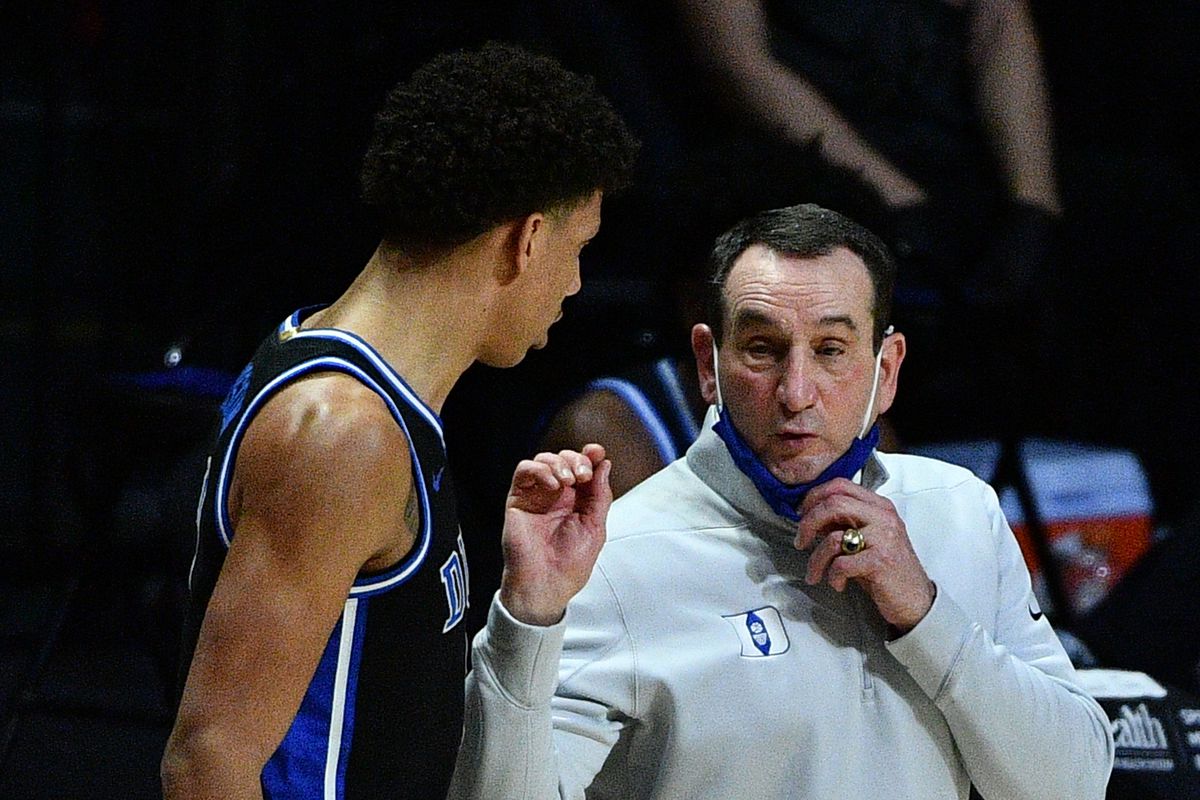 Duke faithful took a turn for the worst on social media, hearing Johnson’s news opting out to focus on preparing for the draft. This is a business, and Johnson is a 19-year-old kid preparing for his future. He very well could have chosen Kentucky or hometown Wisconsin over Duke. He is one of the premier talents to be a part of the brotherhood.

At first, it was easy to question whether he was quitting on the program because things haven’t worked out like he and many had hoped, but everyone lives in weird times. Kids choose to go to Duke not only for the storied program or to play for Coach K but also in Cameron Indoor’s atmosphere in front of the Cameron Crazies. Spoiled is an understatement with the amount of talent and two titles that have come through in the last eleven years.

Going forward, all the focus should be on the development of the roster and improving in the final six games of the regular season before ACC tournament play starts.

About Jacob Dean 1 Article
My name is Jacob Dean, and I was born and raised in a small town. I graduated from Midwest Central High school in 2010 and Ashford University in 2019. Sports have always been my passion with my favorite teams being the Duke Blue Devils and the Indiana Pacers. I enjoy sports across all platforms, but basketball is my love. I look forward to writing articles and sharing my joy for sports with you.

The final weekend of March Madness is here and it’s filled with blue bloods. See our expert ranking of the Final Four teams. […]

“My family and I view today as a celebration,” said Coach K in a statement. “Our time at both West Point and Duke has been beyond amazing and we are thankful and honored to have […]