The Warriors have the most wins in the early season, and they have looked impressive. They have looked like the Golden State teams of Durant years. However, will the Warriors remain hot for the rest of the year?

They will of course have some more losses, but right now nobody is for sure if they will go on a slump. They probably will, like how every team does, but they have looked impressive in the early part of the years. The Warriors are 15-2 and right now that is the best record in the NBA.

Golden State is also cleared Klay Tompson to practice with the team. This is even better news for Warriors fans because Klay has been out for over a year now. Hopefully, he will be the same player he was before the right Achilles injury.

The Warriors own the hottest offense, and Stephen Curry is back to his MVP form. He alone averages 28 points and 6 assist. Jordan Poole and Andrew Wiggins have also been good for Golden State.

The offense is averaging 114 points per game, and overall the offense is going back to the splash bros days. If Klay Thomson comes back this offense could be even better, even if he has a slow comeback. He will add some great minutes for the Warriors.

They are 1st in three-point shooting (no surprise), 1st in assist, and second in total rebounds. They aren’t a great 2 point team (ranking 20th), but when you are top five in every 3 point category and the best-assisting team you’re going to score a lot of points (1 in points scored). 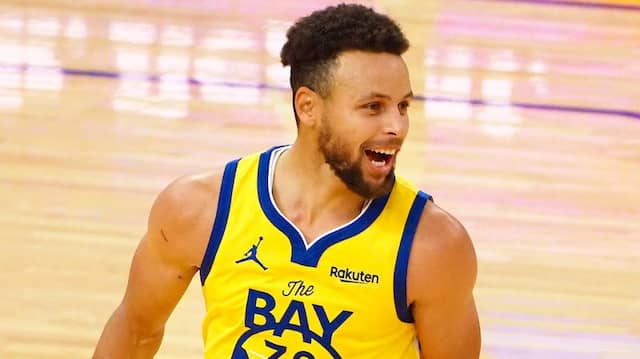 The Warriors are not a one-trick pony, they are also the best defensive team in the NBA. Draymond Green is leading the charge on the defense, like always. He also is averaging the most assist and rebounds on the team.

Stephen Curry is almost averaging 2 steals per game and five defensive rebounds. The defense as a whole gives up 101 points per game. They rank number 1 in steals, 2 in defensive rebounds, and the bottom ten in turnovers/personal fouls.

As a whole, the Warriors are really good and remind me of the mid-2010’s teams. It’s fun to see Curry back and an MVP favorite, and I hope Klay has a huge comeback in the NBA. Golden State has been almost perfect this year, will it continue?

Will the Warriors’ success continue, I think they will. Curry and the team have experience being in this position. Golden State will have a mid-season slop, but if they can stay healthy they will continue their dominance.

They will finish either a number one or two seed, and right now it looks like they will win the NBA finals. The Warriors have just beat the Nets (the East best team) and will have a tough 5 five-game stretch. Playing Phenix, Philedia, and Portland, they should win the majority of the games.

The Warriors are playing great offense, defense, and Steve Kerr has coached a great team all around. They will be in the playoffs, and I predict that they make it deep and make the finals. Hopefully, they can stay healthy and get Klay back soon.

Ladies and gentleman, the NBA playoffs are officially here. With the play-in games wrapping up, all the league’s top contenders are gearing up to make a run at NBA immortality. On the game’s largest stage it takes the very best players to rise to the occasion and lead their teams to a championship. This article will rank the 10 Best Players playing this postseason. […]

2 Reasons Why the Lakers Should Keep Russell Westbrook

What would the best all-time starting five look like if any NBA player could be chosen? In this article, Noah selects his dream starting five.
[…]