The #1 UConn Huskies and the #3 Arizona Wildcats will begin at 9:30 PM ET. The winners will advance to the National Championship Game on Sunday at 6:00 PM ET.

The Final Four is filled with dominant teams, but it’s challenging to make a judgment on these contests. All four of the programs that are still dancing have been dominant throughout the 2021 season.

The Cardinal has not been challenged in the NCAA Tournament. Their Elite Eight win came over #2 Louisville by a score of 78-63. The positive thing about the Cardinal is that they have a lot of depth.

Ashten Prechtel stole the show in the regional final when she scored 16 points in 16 minutes against Louisville. Prechtel is a player who is not the leader of this team, but she plays a valuable role off the bench.

The team is led by Kiana Williams, who will need to play better than she did against the Cardinals. Her flaws were the reason that Prechtel was forced to step up.

Stanford wins at the three-point line, and this will need to happen on Friday night. The team is shooting 38.3% from behind the arc, which is sixth in the country. 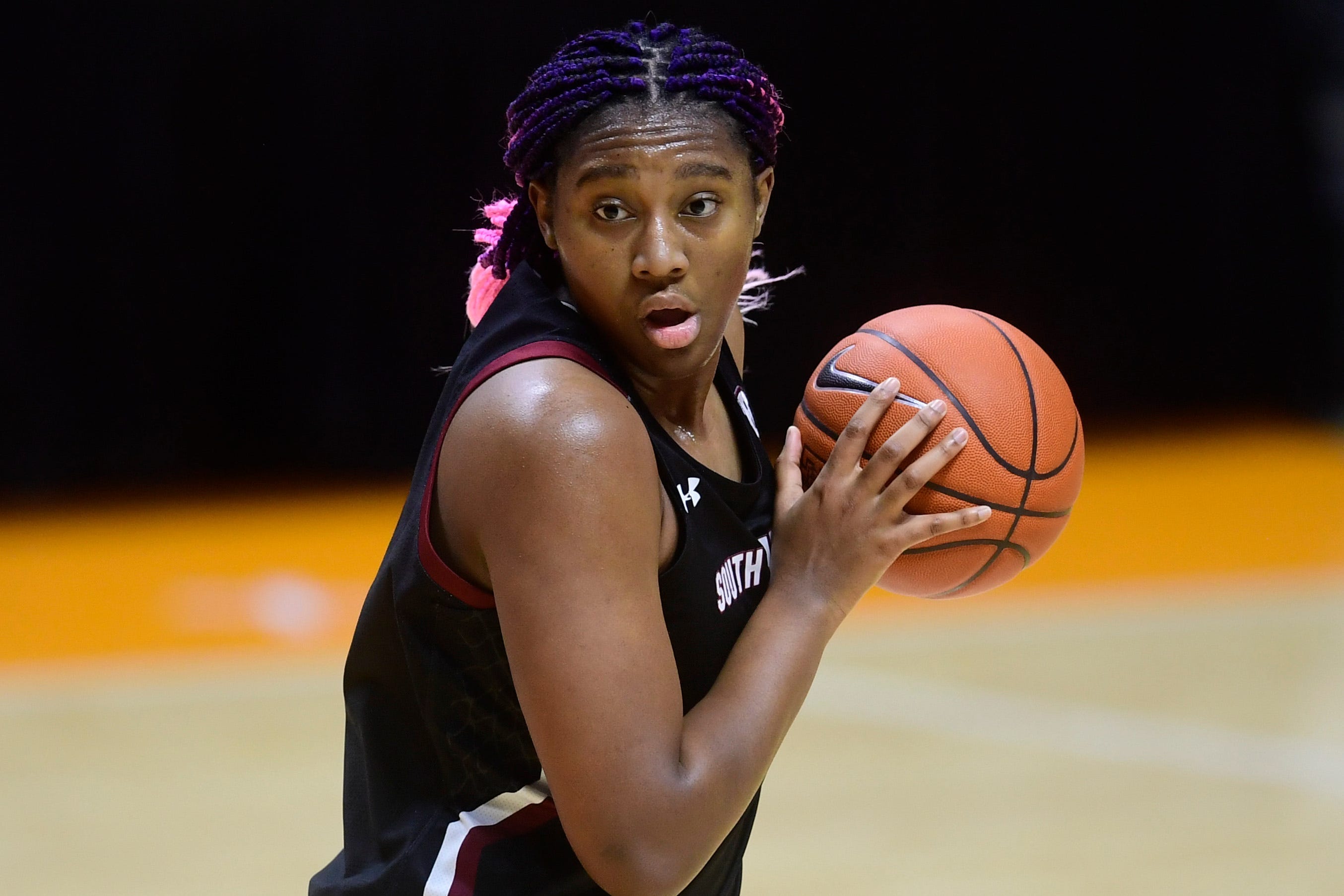 Defense wins championships, and this is what South Carolina prides itself on every time they take the floor. In the NCAA Tournament, the Gamecocks are holding teams to a 34% shooting percentage.

Georgia Tech has been able to crack the 60-point margin against the Cocks in the big dance. Stanford’s scoring ability raises some concerns for Dawn Staley’s team in the national semifinal.

If Stanford gets hot from behind the arc, the Gamecocks will not be able to match them on the scoreboard.

South Carolina will win if Aliyah Boston gets her touches in the low post. When she is on her game, the Cocks usually play solid defense and shoot efficiently from the field. 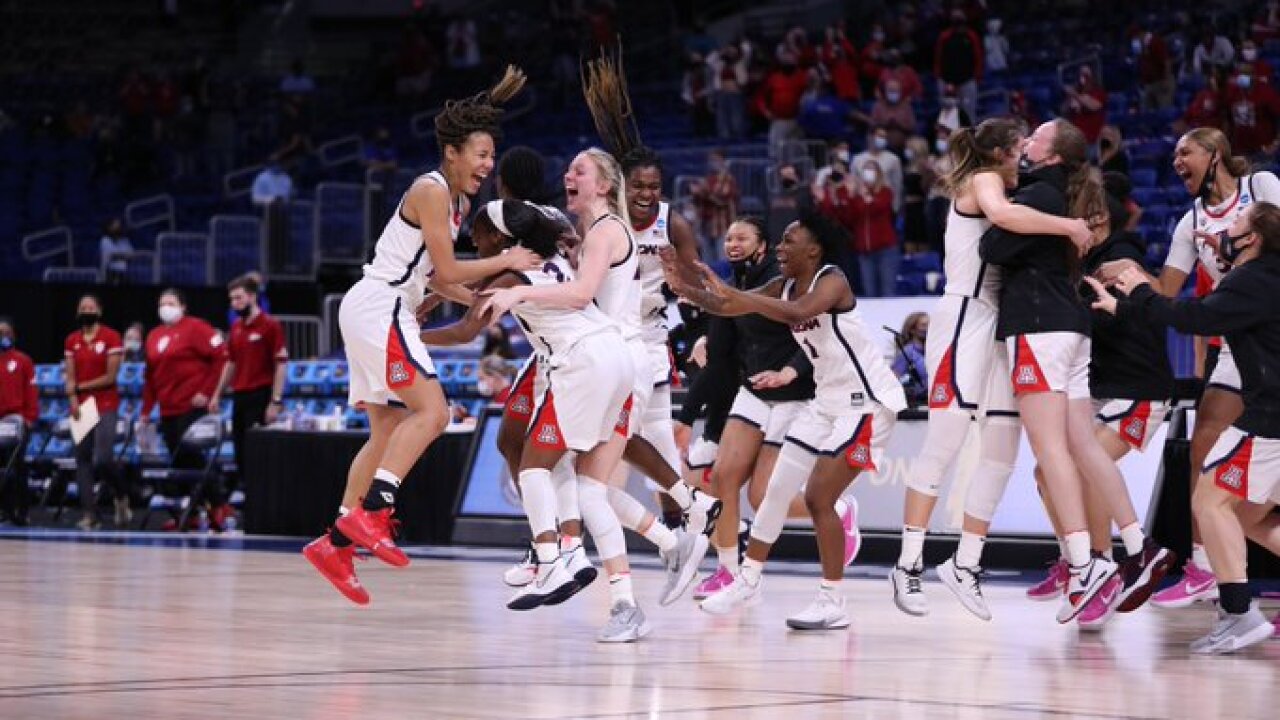 Arizona is heavily reliant on Aari McDonald, which is not a winning formula against the country’s top teams. The Wildcats are the one dark horse that not many people expected in the 2021 Final Four.

McDonald scored 30 points twice in the earlier rounds and has single-handedly led the Wildcats to their Friday night matchup against the UConn Huskies.

McDonald is a two-time Pac-12 Defensive Player of the Year. The guard’s experience gives her the ability to neutralize Paige Bueckers, but UConn is a much deeper team than Arizona.

For Arizona to succeed on Friday, Cate Reese will need to play better than we have seen in the regionals. In the Sweet 16 and Elite Eight, she averaged 6.5 points per game, which was five below her 2021 totals.

Has any team been more surprising than the UConn Huskies? UConn does not have a senior on their roster, but this young group of stars has led the team to the Final Four.

UConn was beaten once in 2021 by #17 Arkansas, but this team has been close to perfect in every phase of the game.

The story of the year is freshman Paige Bueckers, the AP Player of the Year. She is the first freshman ever to receive the trophy. UConn would not be playing in their 13th consecutive Final Four if Bueckers did not sign with the program.

This team is much deeper than Paige Bueckers, which is why they are a clear favorite over Arizona. The junior trio of Christyn Williams, Olivia Nelson-Ododa, and Evina Westbrook are the core of this team.

These three athletes are more critical than Bueckers because of what they do on the floor to allow the freshman to score. I believe that UConn will win in 2021, but this will not be their last time dancing with Bueckers in the program.

I think Stanford’s ability to score from behind the arc will propel them to the National Championship Game. If they are not efficient shooting, it will open the door for the Gamecocks.

UConn and Arizona will be a tight matchup, but the Huskies’ depth will allow them to win. Paige Bueckers is meant for the spotlight, so do not expect her to play like a freshman on Friday night.

Follow me on IG @tannerkern and Twitter @tannerkern_ for game previews, betting analysis, and the best stories from the sports world. Check out my baseball show, Between the Lines, every Sunday at 6:00 PM ET. Make sure and keep up with the Sports 2.0 Network, Sports 2.0 Twitter, Basketball Articles, Baseball Spotlight, and  Knup Sports for all of my latest content and best takes from around the sports and sports betting world as well!!

If you did not know the name Paige Bueckers before the 2021 basketball season, you do now. Bueckers was the number one recruit in the class of 2020, and she did not disappoint in her […]

NCAA Basketball: Biggest Surprises In Each Conference At Midway Point

NCAA basketball is at the midway point of the 2022-23 season, and what a start it has been. Daniel Benjamin looks at the biggest surprises in each conference. […]