The New York Knicks and R.J.Barrett look to build on their successful 2020-2021 campaign. The Knicks have had an underrated offseason as they added pieces through the draft and brought in both Kemba Walker and Evan Fournier who not only bring in veteran experience but also can create their own shots.

This is huge as these acquisitions will help take the burden off of both Julius Randle and Derrick Rose.

However, with a new presence of veterans and prospects, is it easy to assume that R.J. Barrett is the second-best player on the Knicks. Here are some reasons that could be strong evidence to make that case.

Does R.J. Barrett Live up to the Hype?

R.J. Barrett has come a long way since his rookie campaign. He wasn’t getting the same recognition as Zion Williamson and Ja Morant got during their first year in the league. He did not have a terrible year as he finished top five in total points, rebounds, and assists, and sixth in total steals among the other rookies in his class.

However, He shot 40.1% from the field, which was good for 66th place amongst the rookies, 32.0% from the three-point line which was good for 46th, and worst of all, 61.4% from the free-throw line percentage as it was for 79th. On top of all that, Barrett got snubbed of an All-NBA Rookie Team, which he did not hold back in regards to the snub.

The NBA even selected three other players who were less deserving than Barrett. Those players included Terence Davis, Coby White, and Eric Paschall.

Under new head coach Tom Thibodeau, R.J. excelled in his system. Barrett was a big part of the team’s success as he was second behind Julius Randle on the team in total minutes played last season.

To put those numbers in a visual standpoint Trae Young, Clint Capela, and John Collins combined for 5871 minutes of playing time this season.

While Julius Randle, RJ Barrett, and Reggie Bullock combined for 7127 minutes. Thibodeau may be known to overplay young players throughout his coaching career as we saw with the Derrick Rose situation on the Chicago Bulls. 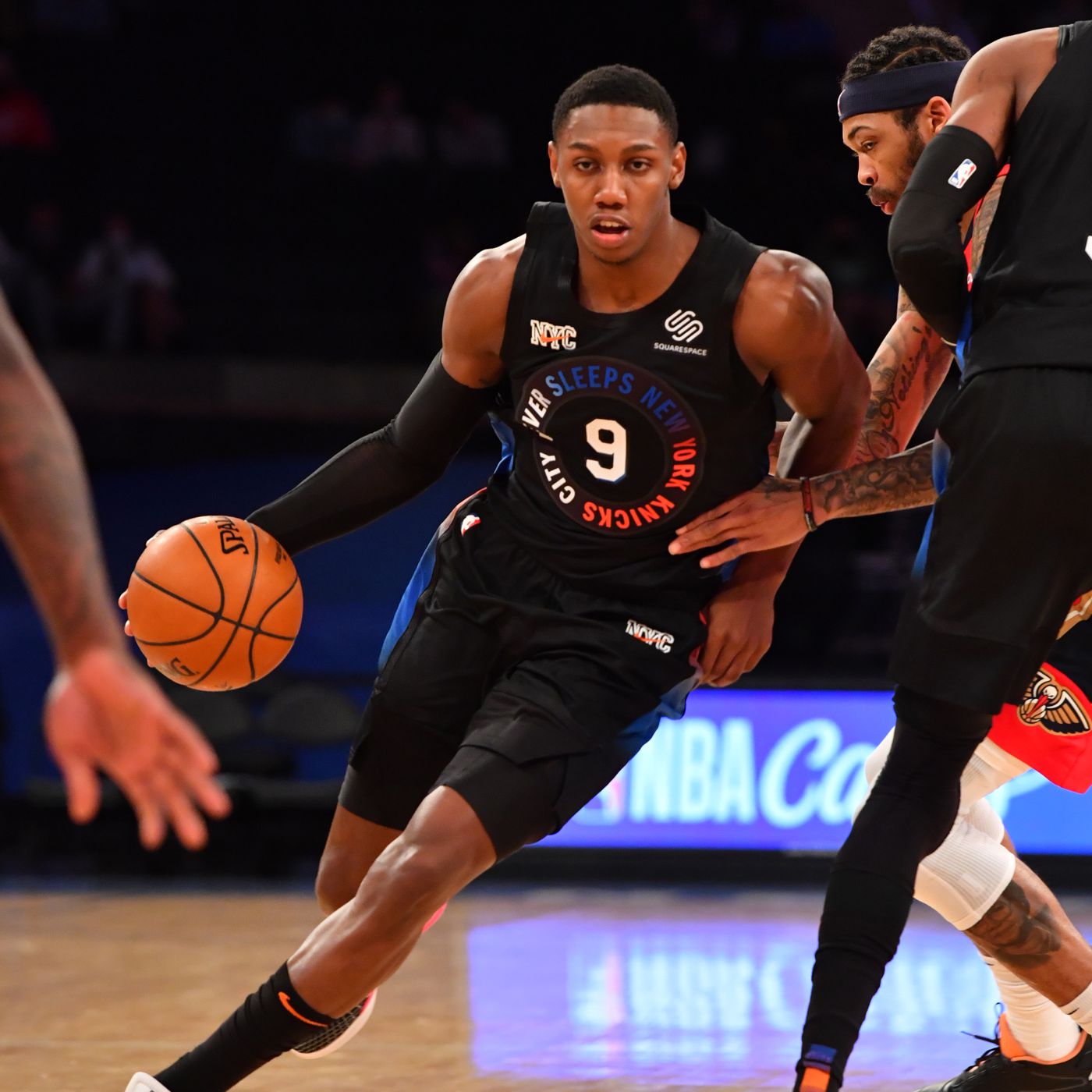 However, there also has to be a level of trust as to why Barrett got the minutes due to his improvements on the court. Barrett averaged 17.6 PPG, 44.1% from the field, 40.1% from behind the arc, and 74.6% from the charity stripe.

RJ Barrett in 1375 minutes with Elfrid Payton off the court with the pace adjusted says a lot about Barrett’s number projections during his third year. 19.5 PPG, 4.0 APG,55% true shooting percentage, and a +7.8 Net rating. He was the only starter in the NBA to play every single game last season.

Barrett will also spend time spacing the floor. With Walker and Evan Fournier being bigger threats from behind the arc, Mitchell Robinson is a threat at the paint, and the offense running through All-Star Julius Randle. Barrett may get easy opportunities to score throughout the season.

Will R.J. Barrett live up to being the second-best player on the Knicks and possibly taking home the NBA Most Improved Player Award?

3 Teams Where LeBron James Should Retire

LeBron James is one of the best players to ever play in the NBA. Where should he retire? In this article, we consider three teams where LeBron should finish out his career. […]

In the NBA, having depth is strength in order to progress through the season should injuries arise. The Golden State Warriors have portrayed that through ten games. However, the New York Knicks’ roster exhibited the same as they took down the Boston Celtics in their season opener. […]