We are now five games into the NBA season which includes a 4-1 New York Knicks team after dealing the Chicago Bulls their first loss of the year. A Knicks team that has reinvigorated a New York fanbase to an almost unbearable level.

Unbearable for any who cannot take part in the well-deserved joy of watching a franchise that was dragged through the mud for the better portion of the past two decades finally show signs of life.

The future is bright for this Knicks team that has built its depth between hard-working youngsters, proven veterans, and a budding star in Julius Randle to cement structure in the roster.

There’s much to be excited for in this team, and the fanbase knows this. Through the phrase “Bing Bong” a rallying call has been created while also embodying the culture that motivates this team.

Grit and grind have made their return to the Square Garden and bring flashbacks to the glorious era of the ’90s. The question moving forward is whether this success is sustainable, let’s discuss what the Knicks have done well so far and what concerns sustaining those tendencies.

The skill sets on this Knicks roster are very broad and cover many different areas and Coach Thibodeau is not afraid to play with this.

Through five games we have seen many different offensive schemes taking advantage of the likes of Randle, Kemba, Barrett, and Rose to create offense while playing downhill.

In addition to this, the shot selection has been very good as the Knicks currently sit fourth in field goal percentage. The increased option of initiators on this roster runs well in tandem with its three-point shooting.

The Knicks last season finished top three in three-point shooting and it’s no surprise that they are continuing that trend being top so far in five games.

This is a team that plays unselfishly and has at least five different players that can potentially provide twenty to thirty points on any given night.

Upgrades to the roster in former all-star Kemba Walker and the offensive x-factor Evan Fournier provide even more depth to this team, allowing the likes of Derrick Rose, Alec Burks, and Immanuel Quickley time to run the offense against other benches. 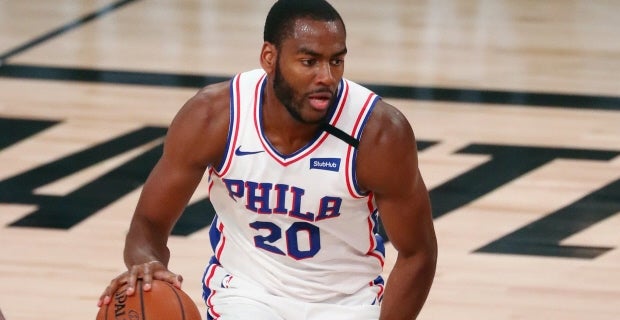 This plays a big part in the Knicks being a top-five scoring team as the bench currently contributes an average of forty points to that total. This does however bring concerns that could potentially be addressed as the season proceeds:

Who exactly can close out teams for this game? In Friday’s game against the Bulls, the Knicks nearly blew a 13 point lead in the last three minutes of the game. In this span of time, shots were shared between Randle, Fournier, and Barrett which all lead to misses.

This is an issue that has plagued many deep teams such as the Knicks in the past. Think of the Utah Jazz in the past few years or the Atlanta Hawks of the early 2010s.

The Knicks will need to address this whether it is through Randle or perhaps the two veteran point guards as iso players are almost required to see success in the playoffs where the floor shrinks along with options for any team’s offense.

At this moment, the Knicks are top five in the opponent field goal percentage. The two largely responsible for this are Mitchell Robinson and Rj Barret. The former is a seven-footer at 240 pounds with an insane wingspan and physical ability.

While the latter is a pest who played the part of the primary defender in games against the likes of Jayson Tatum, Zach Lavine, and Demar Derozan. With Tom Thibodeau at the helm, the perfect concoction for an athletic and aggressive defensive unit is in place.

A good preview of what we can continue to see from this Knicks team can be found in Friday’s win against the Bulls. In times where Rj was not left as the primary defender in an isolation, Thibodeau would provide coverages in which doubles would come at both Lavine and Derozan, forcing a read to be made which the rest of the defense would rotate over to.

Much like their offense, this team plays defense in the mold of a well-oiled machine. The biggest concern in this regard, of course, would be whether or not Robinson can remain healthy this year after only playing thirty-one games last season.

Can the Timberwolves Win 35 Games?

The Minnesota Timberwolves are slated at 34.5 wins for their over/under. After taking a look at their roster, is it possible they win 35 plus games this season?

We’re officially a week into the 2020-21 NBA regular season, so it’s time for our first NBA power rankings of the season. […]

The NBA released their NBA 75 list during All-Star weekend, and the list, of course, came with a lot of pushbacks about certain players not making the cut for the list. Here are some of the top players who didn’t make the list but deserved to be on it. […]