After a competitive NBA Eastern Conference Playoffs this year, many have us wondering how it will shape out heading into next season. Surprisingly, the Milwaukee Bucks not only won the East but became NBA champions as a three-seed. 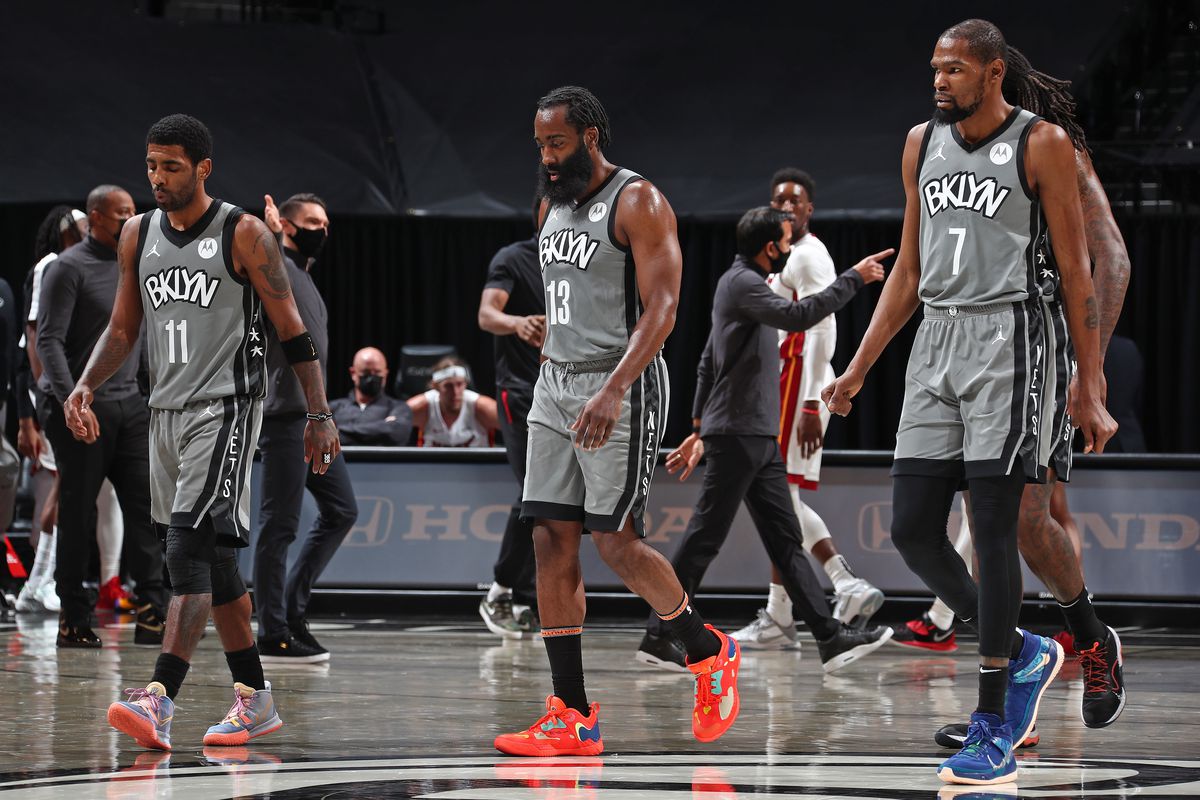 After the James Harden trade was made in the middle of last season, the Brooklyn Nets were arguably the most favored team to come out of the East since the Miami Heat with LeBron James, Dwayne Wade, and Chris Bosh. Unfortunately, injuries to their main superstars seemed to be the main issue for the Nets this year as they ended up losing to the NBA champs in Game 7 of the second round.

Guys like James Harden and Kyrie Irving both got injured at inopportune times. Thus, Kevin Durant was forced to put the entire team on his back against Milwaukee and was a half shoe size away from sending The Nets to The Eastern Conference Finals.

If Durant’s toe had not been on the three-point line, the Nets would have taken a one-point lead with only one second remaining. Instead, Brooklyn went on to lose in overtime and got sent home.

While you could attribute injuries as simply bad luck, some believe Brooklyn’s injuries were self-inflicted last year. For example, Harden’s hamstring injury could have had a lot to do with him coming into training camp overweight last season.

As for Irving, he decided to miss a handful of games during the year for no particular reason, which could have had something to do with his injury as well.

Nonetheless, it will be an extremely difficult task for anyone to go up against the Nets’ big three this season if they are able to stay healthy. Not to mention role guys like Joe Harris, Bruce Brown, Jeff Green, etc., are a problem too.

Considering the Bucks just won the NBA Finals, it is shocking to see their odds as +800 to get out of the East. Yes, on paper, the Nets do look like the more talented team, and I am not surprised that they have better odds than the Bucks.
With that being said, I believe Brooklyn’s odds should only be slightly higher, not drastically better. Giannis Antetokounmpo looked like the best player in basketball in the playoffs this postseason, and Khris Middelton showed that he can be a premier scorer in this league. I believe this will give him a lot of confidence heading into next season.

Let us not forget the incredible defense Jrue Holiday brings on a night-to-night basis as well. Considering he was in a slump offensively for most of these playoffs, it is impressive to see how big of an impact he still managed to have.

With the Bucks’ length, size, and quickness on both sides of the court, I see them matching up fairly well against Brooklyn. Again, if I had to choose one team, I would lean towards The Nets, but you cannot discount the defending champions.

After all, Milwaukee was able to win the Eastern Conference Finals last year against The Atlanta Hawks without The Greek Freak on the court for Games 5 and 6.

They are well-coached and are more than capable of beating any team in the league. 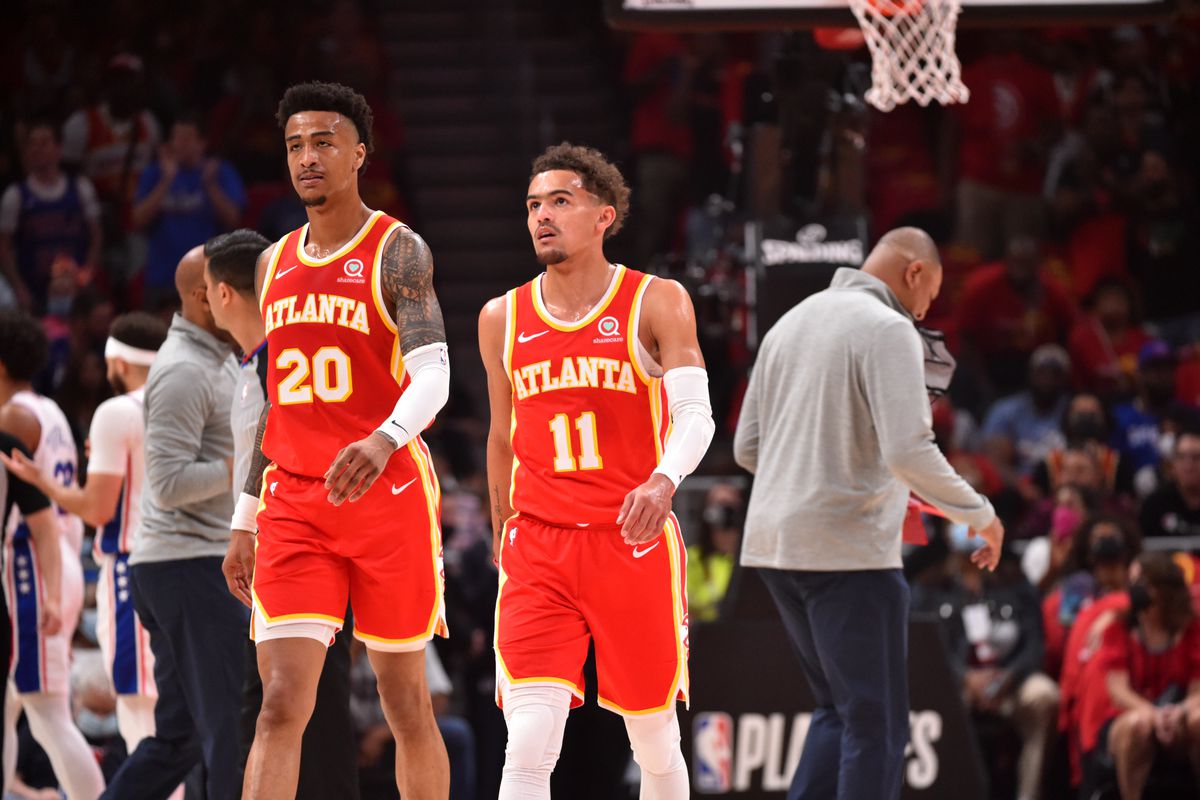 After a magical run for The Atlanta Hawks last year, Trae Young and company were only two games away from making it to The NBA Finals. Some picked Atlanta to be an improved team heading into last season, but nobody expected them to make it this far.

Going up against The Philadelphia 76ers in the second round, for example, they looked outmatched compared to guys like Joel Embiid and Ben Simmons. Nonetheless, they won the series and gave The Bucks all they could handle as well in the conference finals.

Young was absolutely magnificent in the playoffs as he averaged 28.8 points and 9.5 assists. Leading his team and putting up these numbers at only 22 years of age, is in my opinion, the most impressive storyline in these playoffs.

The NBA nowadays is all about shooting and firepower offensively. You can make the case that The Hawks are one of the best shooting teams in the league with not only Young but guys like Bogdan Bogdanovic, Kevin Huertur, Danilo Gallinari, Lou Willams, etc.

In their frontcourt, they also have underrated big men in John Collins and Clint Capela, who played amazing all season.

Nate McMillan is a guy that does not get enough credit as well. It is only fitting that upper management signed him to a contract extension. He puts his guys in a great position to win, and guys love playing for him.

I do not view Atlanta’s run as a fluke whatsoever. In fact, I expect them to improve next season, especially after gaining such valuable experience in the playoffs. Watch out for The Hawks for not only next season but for many years to come.

The Los Angeles Clippers are trading Patrick Beverley, Rajon Rondo and Daniel Oturu to the Memphis Grizzlies for Eric Bledsoe. Let’s talk about that! […]

Timberwolves Better Than Their Record Shows

The Minnesota Timberwolves are currently 9-9, as they’re currently 10th in the Western Conference. However, they’ve been playing much better than their record indicates. […]